House Majority Leader says they're sending articles to Senate immediately, but no details yet on exact timing 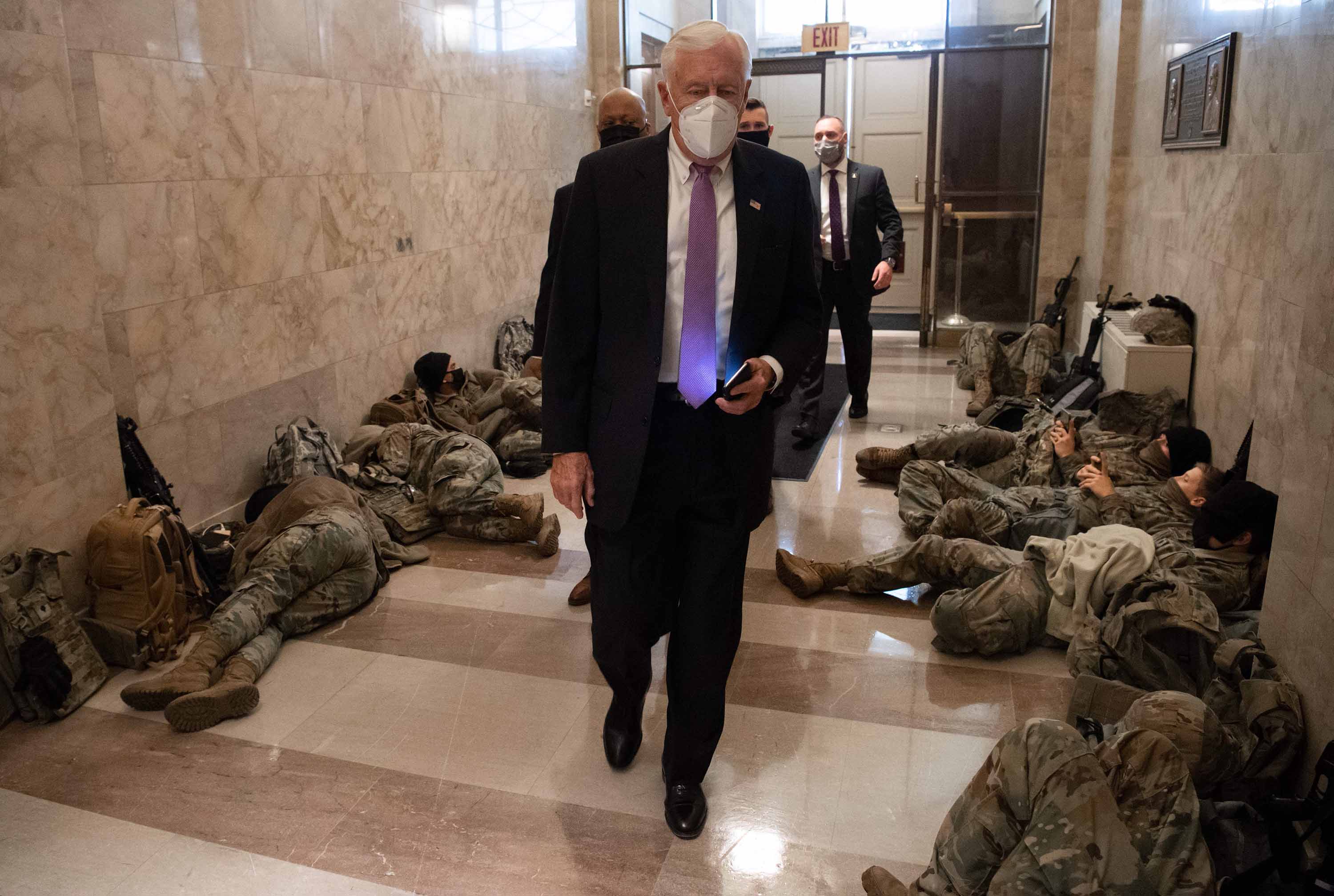 House Majority Leader Steny Hoyer walks past members of the National Guard as he arrives at the US Capitol in Washington, DC, on January 13. Saul Loeb/AFP/Getty Images

House Majority Leader Steny Hoyer was asked by a reporter this morning if the House will send the article over immediately to the Senate and Hoyer said "yes." He didn’t give any specifics on timing.

Hoyer told reporters late last night that the article won’t be held back by the House and the “presumption is within a very short time” it will be transmitted to the Senate.

Some context: With the Senate out of session, that would very likely mean the trial would start in the first days of Biden’s term unless Mitch McConnell agrees to bring the chamber back.

His office has not commented on Senate Minority leader Chuck Schumer’s proposal to bring the chamber back early, but the expectation is that the trial won’t begin before Trump leaves office.

In a new detention memo, prosecutors say a man who had texted he wanted to kill House Speaker Nancy Pelosi and brought guns and hundreds of rounds of ammo to Washington last week also wrote about shooting DC Mayor Muriel Bowser.

The new details about Cleveland Meredith Jr., revealed in a court filing seeking his detention on Wednesday, highlight how the man had been discussing "war time" against lawmakers as the congressional confirmation of Joe Biden as the President-elect neared.

Meredith is currently detained and set to appear in court Wednesday afternoon.

He was one of the early people charged by Justice Department prosecutors in federal court. There are now around two dozen known federal criminal defendants related to the Jan. 6 insurrection. 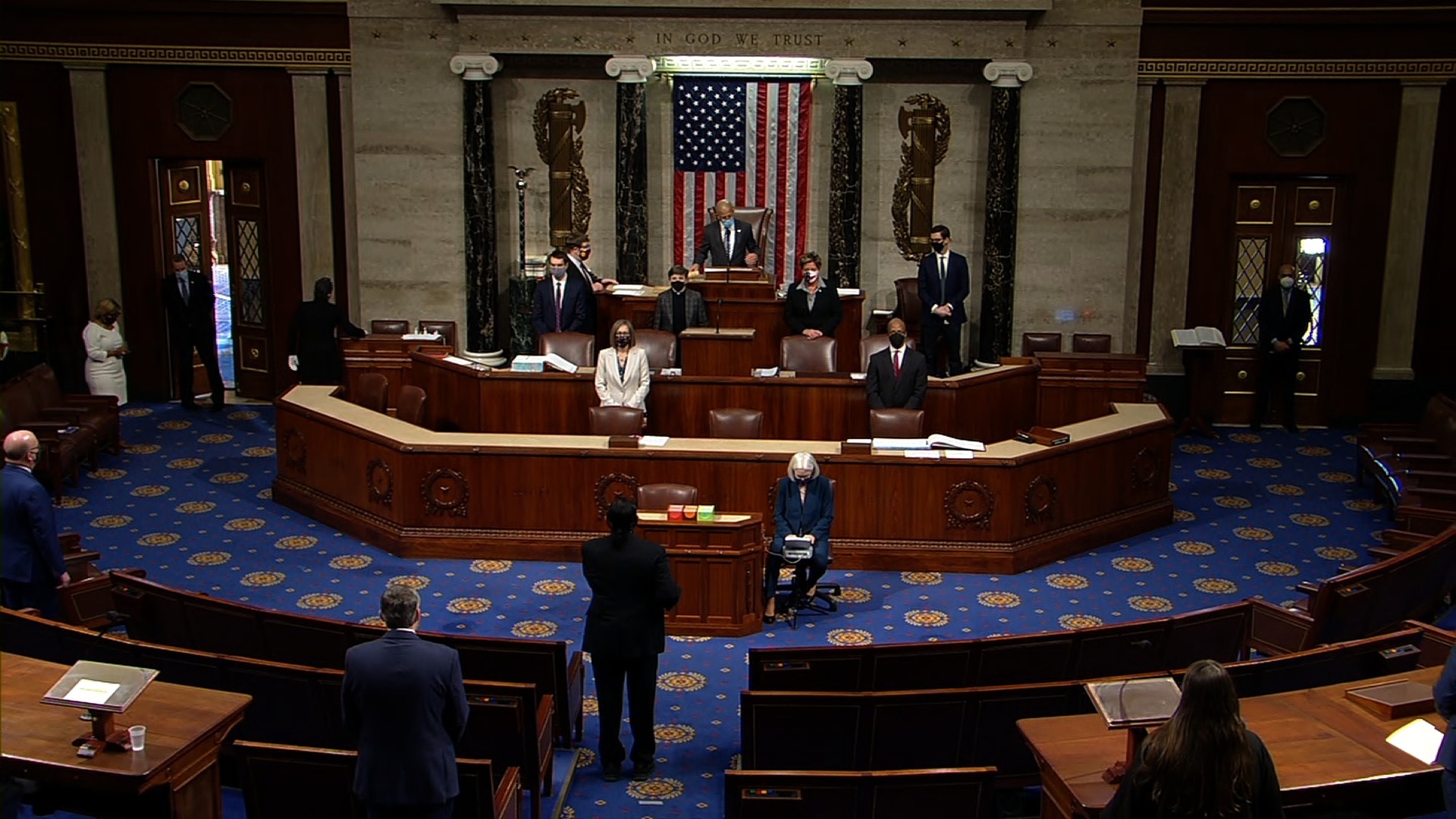 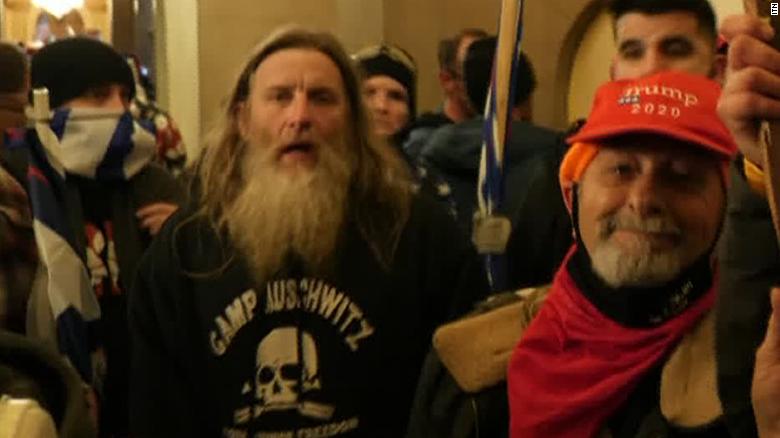 How Trump's second impeachment will be different from the first

Analysis from CNN's Zachary B. Wolf 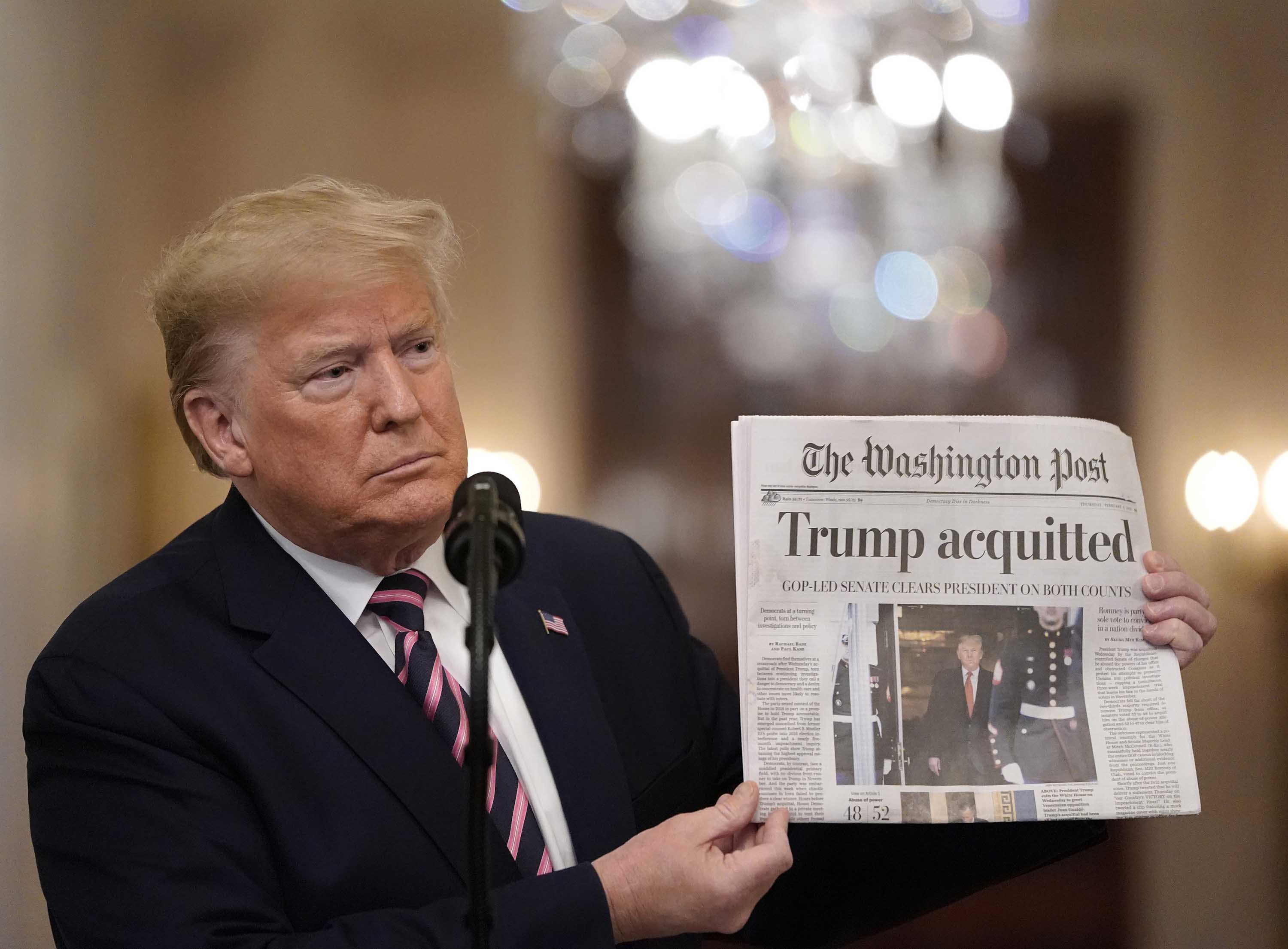 President Donald Trump holds a copy of The Washington Post as he speaks in the White House, one day after the U.S. Senate acquitted on two articles of impeachment, on February 6, 2020. Drew Angerer/Getty Images

The overall impeachment process laid out in the Constitution is relatively simple: A President commits "high Crime or Misdemeanor," the House votes to impeach and the Senate conducts a trial.

Those overall contours are constant. But there's no such thing as a routine impeachment.

The one President Trump faces now, after inciting a riotous mob to attack the Capitol, is unprecedented in all sorts of ways, which means the process will feel entirely new and different from the one we saw in late 2019 around the Ukraine investigation.

Specifically, this House impeachment vote is likely to be done this week, and the Senate trial will occur after Trump leaves office.

Here are some other key differences:

What Trump is accused of doing: There was a lot of debate during Trump's first impeachment and trial about whether the pressure he exerted on the President of Ukraine amounted to "high Crimes and Misdemeanors" or simply a set of policies. This time, while there's an argument he committed treason, Democrats in the House have alleged Trump "engaged in high Crimes and Misdemeanors by inciting violence against the Government of the United States."

The Article argues that Trump incited his supporters by repeatedly denying the election results in the lead-up to the counting of the electoral votes, that he pressured Georgia's secretary of state to "find" additional votes for him, and in doing so he "gravely endangered the security of the United States and its institutions of Government," "threatened the integrity of the democratic system, interfered with the peaceful transition of power, and imperiled a coequal branch of Government." Read the entire thing here. It's short.

The House's timeline: Getting from Trump's misdeed to impeachment proceedings in the House took 86 days in 2019. It's going to take just a week in 2021. The House can essentially impeach at will. While there are precedents in place around instigating the impeachment process and utilizing House committees to investigate whether impeachable offenses occurred, none of that is necessarily required. And Democrats, moving quickly, aren't going to burden themselves by dragging this out.

And why bother with an investigation when this time Trump did it on TV? In that first effort, the details of Trump's pressure on Ukraine leaked out over the course of weeks and built into Democratic support to launch and conduct an investigation and, ultimately, to impeach him.

With Trump's time in office set to expire at noon on Jan. 20, House Speaker Nancy Pelosi also gave Trump and Vice President Mike Pence the option of avoiding impeachment if either Trump resigned or Pence mobilized the Cabinet to use the 25th Amendment to remove him from office.

When those two offramps were ignored, Democrats in the House moved quickly toward impeachment and the first post-presidential impeachment trial in US history.

Impeaching Trump in the House requires only a simple majority and Democrats hope to gain at least some support from Republicans. 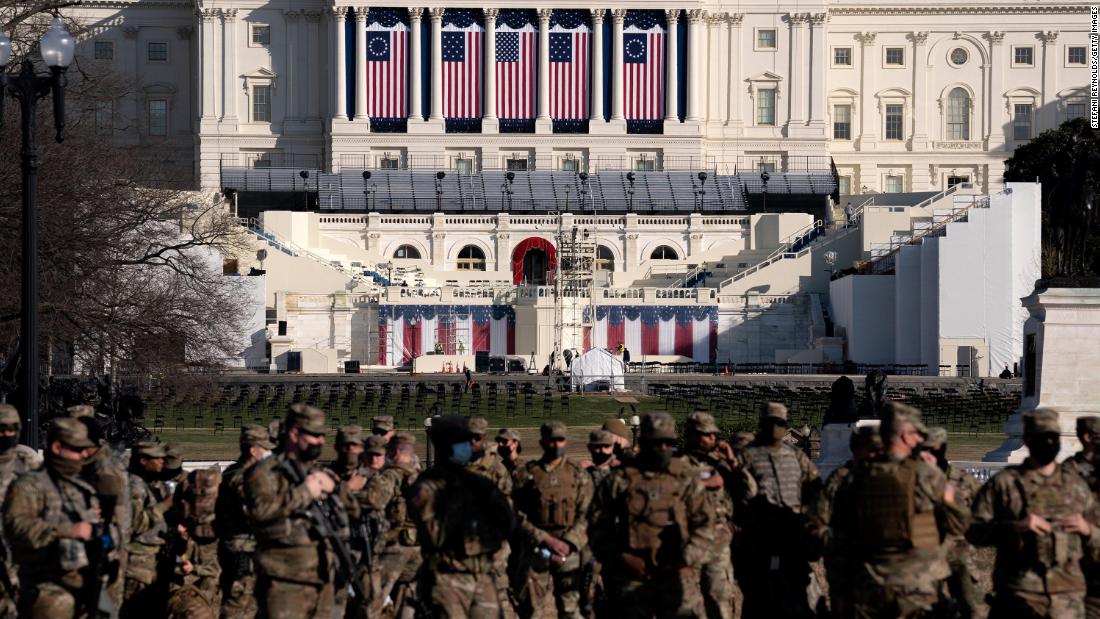 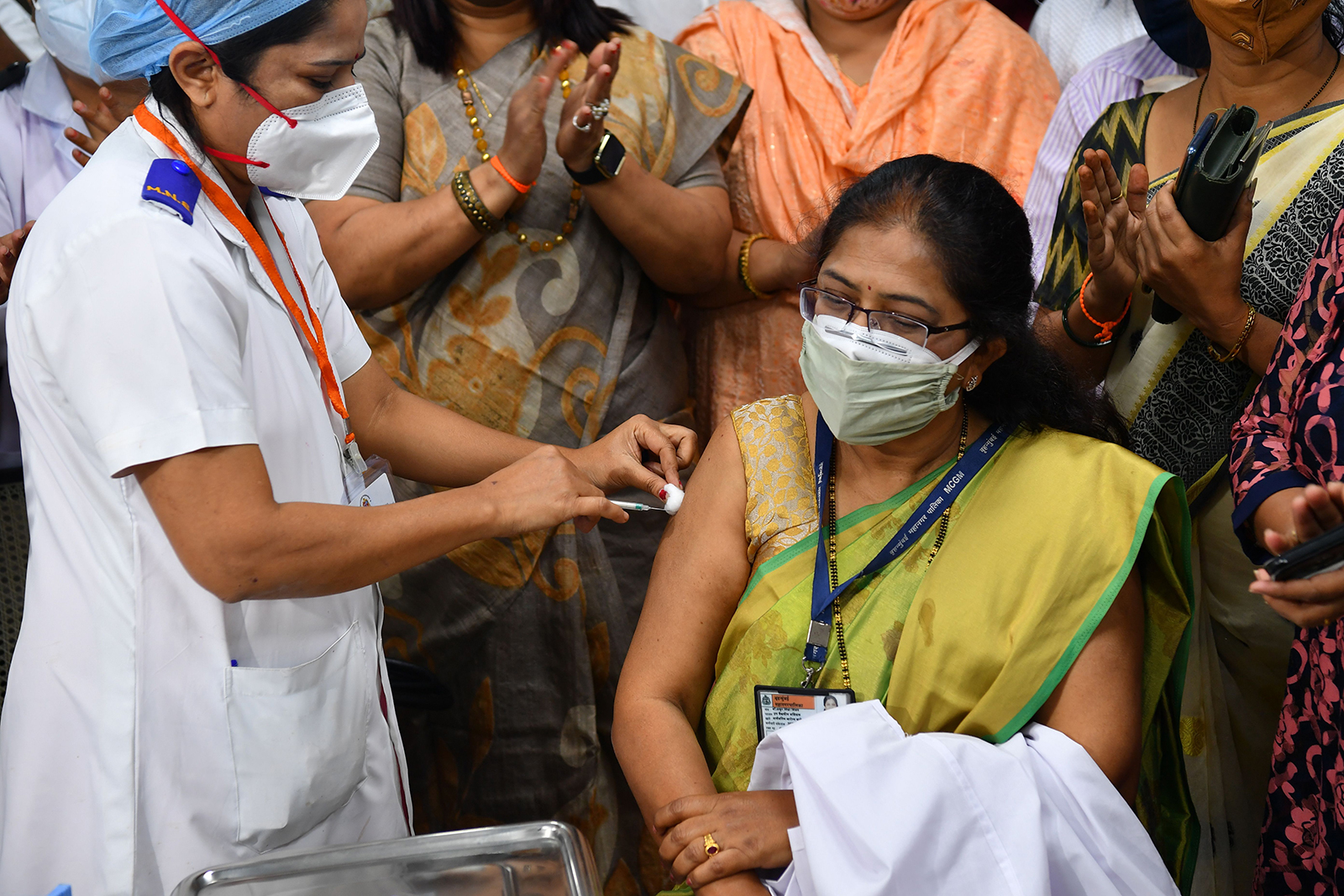 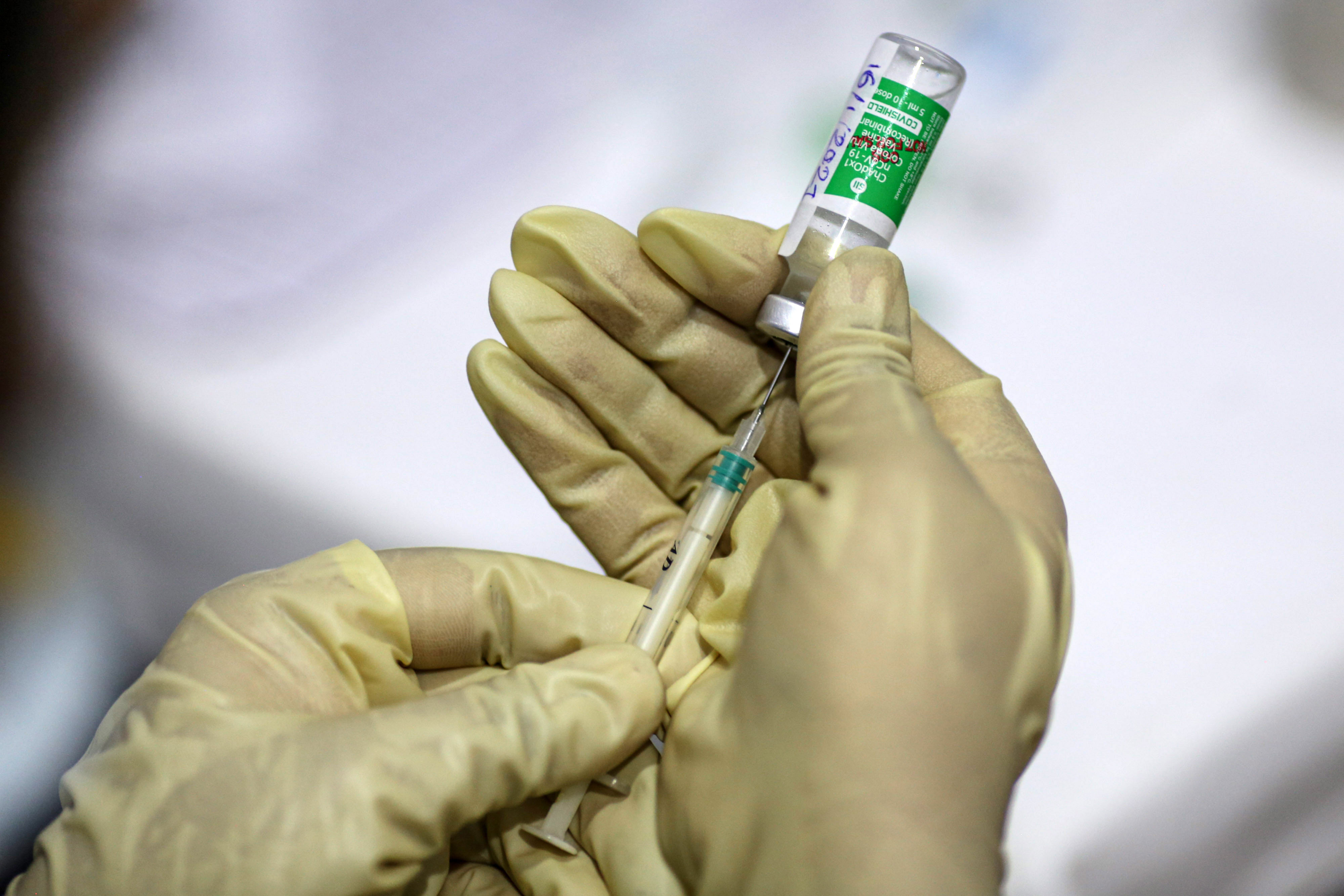 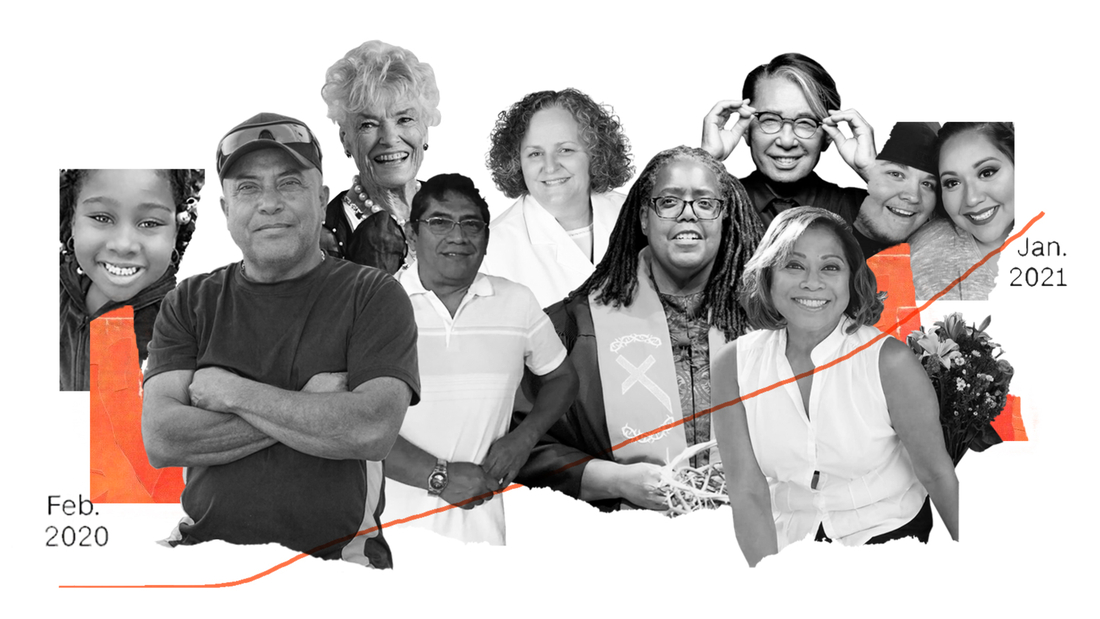